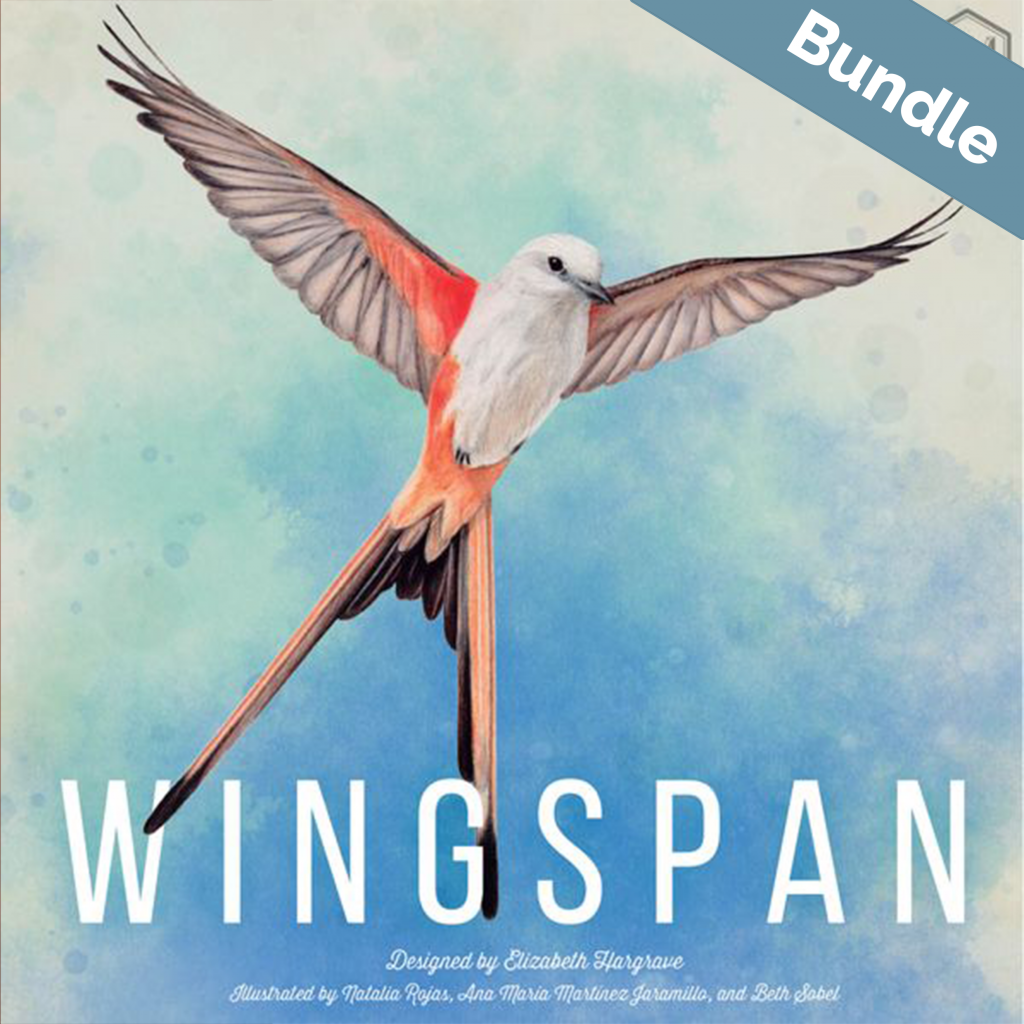 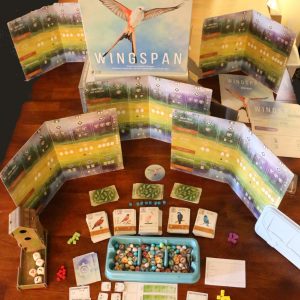 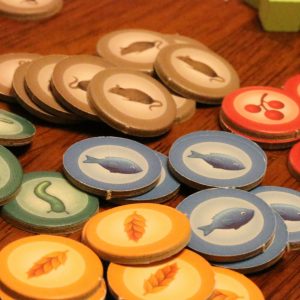 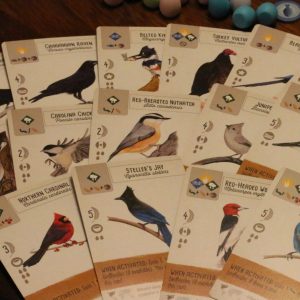 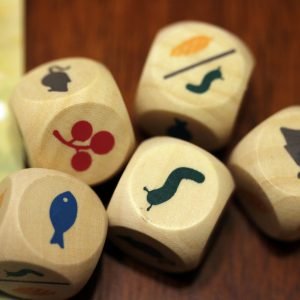 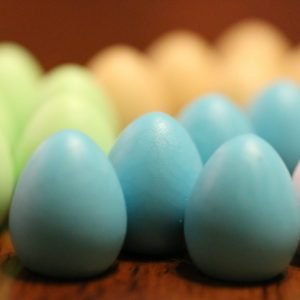 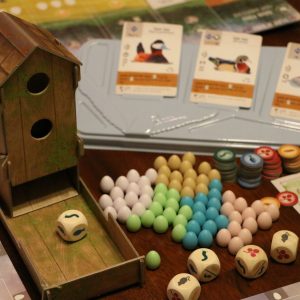 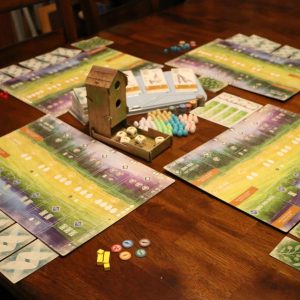 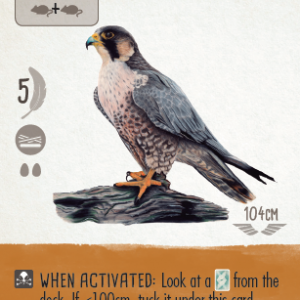 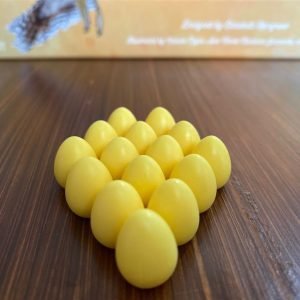 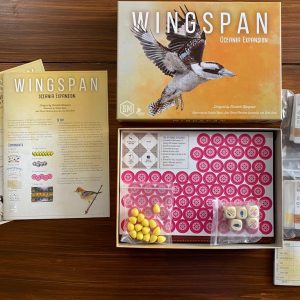 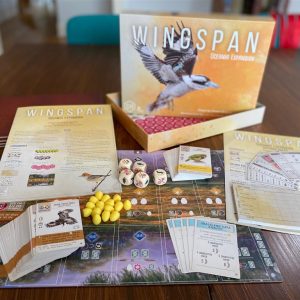 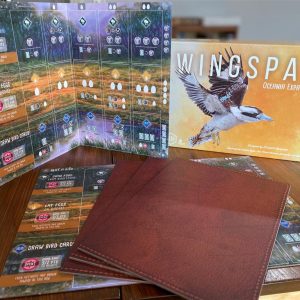 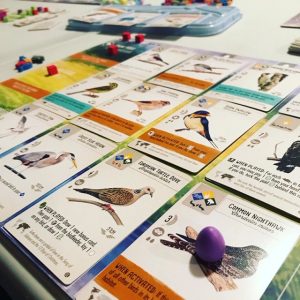 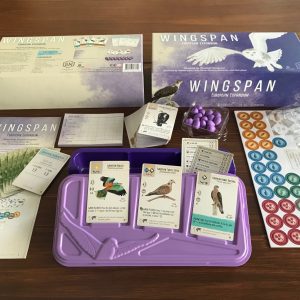 Wingspan is a competitive, medium-weight, card-driven, engine-building board game from Stonemaier Games. It’s designed by Elizabeth Hargrave and features over 170 birds illustrated by Natalia Rojas and Ana Maria Martinez.

You are bird enthusiasts—researchers, bird watchers, ornithologists, and collectors—seeking to discover and attract the best birds to your network of wildlife preserves. Each bird extends a chain of powerful combinations in one of your habitats (actions). These habitats focus on several key aspects of growth:

The winner is the player with the most points after 4 rounds.

“A game that I didn’t expect to love as much as I did has become one of my most played games of 2018.” – Boardgamequest

“A solid entry to any board game collection, Wingspan is a relatively light game which will have new players clamouring for more while seasoned board gamers might consider this as a welcome break.” – Geekculture

“If you’re a birder or have any sort of affinity for our fine feathered friends, you need to own this game. Small details help sell the game as a “game about birds” as opposed to just a game with a bird theme.” – ArsTechnica

In this first expansion to Wingspan, Wingspan European, we increase the scope of the world to include the regal, beautiful, and varied birds of Europe. These birds feature a variety of new abili-ties, including a number of birds with round end abilities, abilities that increase interac-tion between players, and birds that benefit from excess cards/food. Along with the new bonus cards, they’re designed to be shuffled into the original decks of cards (and cards from future expansions). The European Expansion also includes an additional tray for storing the growing col-lection of birds (past, present, and future), as well as 15 purple eggs, extra food tokens, and a colorful new scorepad designed for both multi-player and single-player scoring.

“Wingspan: European Expansion adds interesting variations of existing mechanisms to the game, which will make this expansion also attractive to people who aren’t particularly interested in European birds.” – There wil be games

“I would highly suggest this expansion for anyone who has enjoyed the base game of Wingspan. The added balance and replayability makes Wingspan feel like a brand-new game again.” – The Meeple Street

“I recommend it if you already love Wingspan if nothing else just for the additional tokens and eggs and storage pieces.” – Fuzzy Llama Reviews

“I highly suggest picking this expansion up if you are a fan of Wingspan. It continues to add balance to the different strategies in Wingspan, and it adds new ways for players to score points.” – The Meeple Street 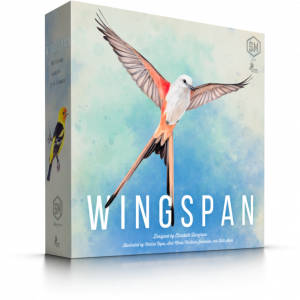 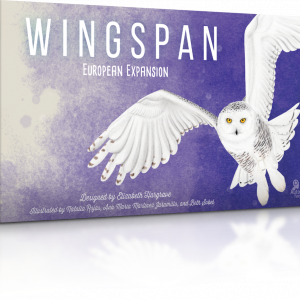 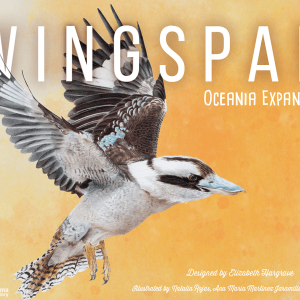