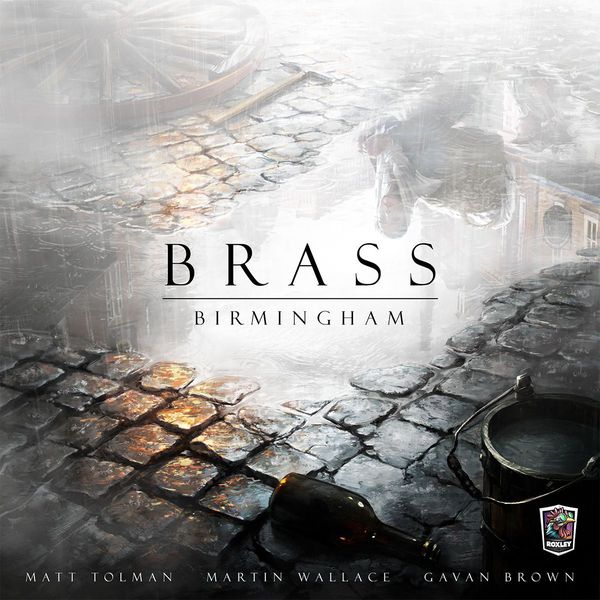 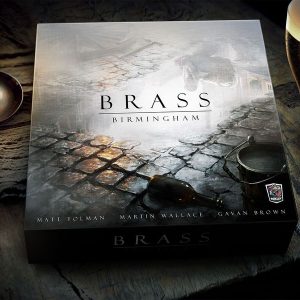 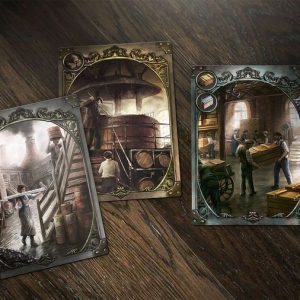 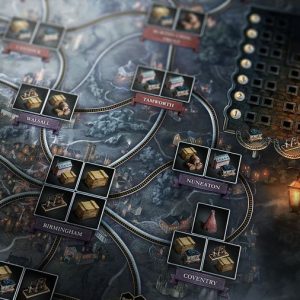 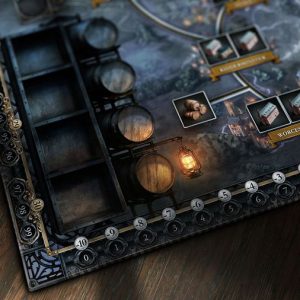 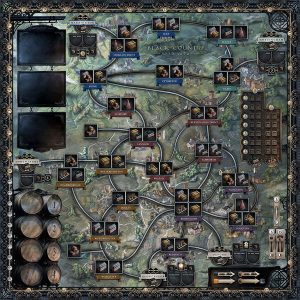 Brass: Birmingham is an economic strategy game sequel to Martin Wallace’ 2007 masterpiece, Brass. Birmingham tells the story of competing entrepreneurs in Birmingham during the industrial revolution, between the years of 1770-1870.

As in its predecessor, you must develop, build, and establish your industries and network, in an effort to exploit low or high market demands.

Each round, players take turns according to the turn order track, receiving two actions to perform any of the following actions (found in the original game):

The game is played over two halves: the canal era (years 1770-1830) and the rail era (years 1830-1870). To win the game, score the most VPs. VPs are counted at the end of each half for the canals, rails and established (flipped) industry tiles.

Birmingham features dynamic scoring canals/rails. Instead of each flipped industry tile giving a static 1 VP to all connected canals and rails, many industries give 0 or even 2 VPs. This provides players with the opportunity to score much higher value canals in the first era, and creates interesting strategy with industry placement.

“Brass: Birmingham is just a glorious mix of area control, hand management, positive player interaction, which actually and ultimately benefits yourself, turn order manipulation and plenty of strategic and sometimes tactical thinking.” – There will be games

“Brass: Birmingham, is an absolute treasure with economic sparring, industrial expansion, and riveting gameplay that will make you want to keep it on the table rather than put it back in the box.”  – Gametyrant